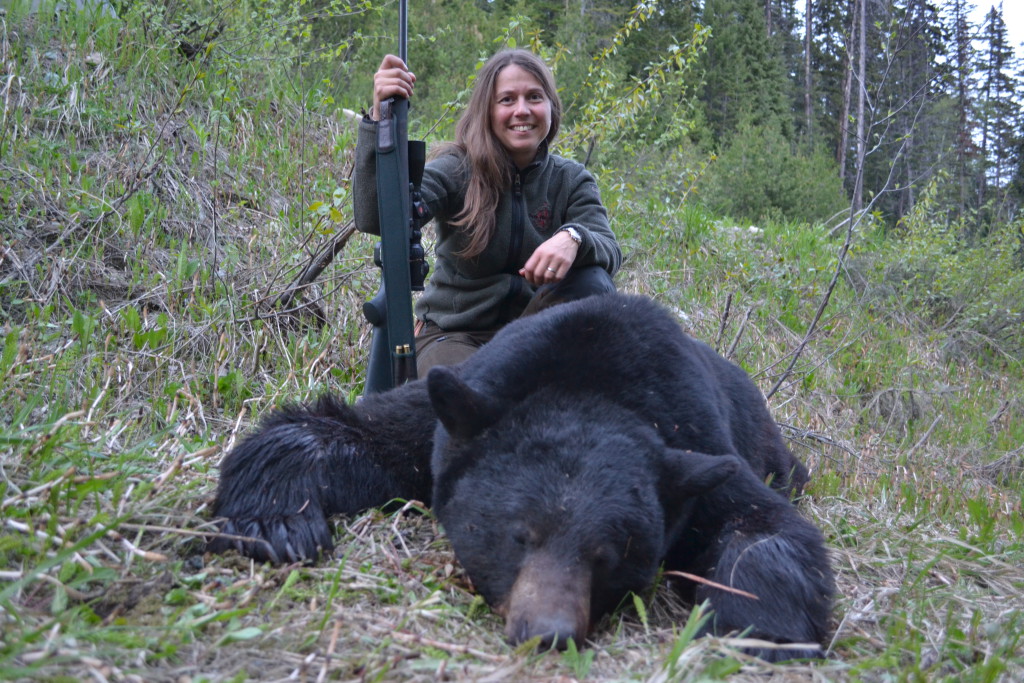 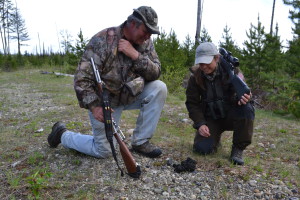 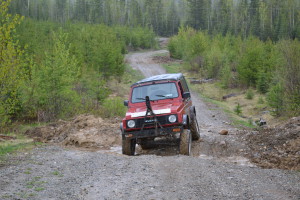 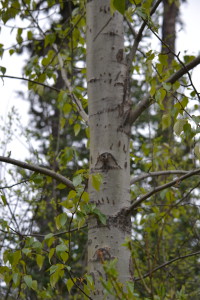 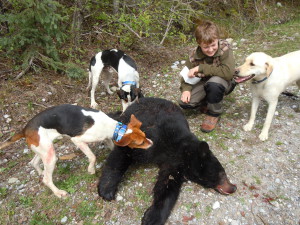 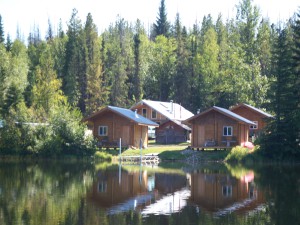 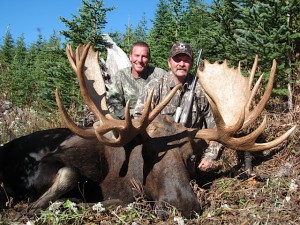 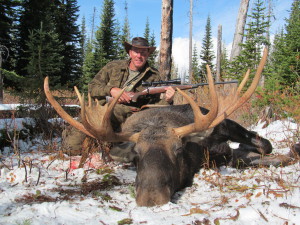 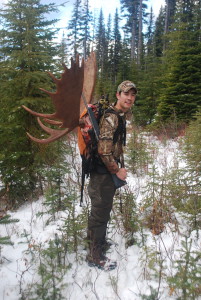 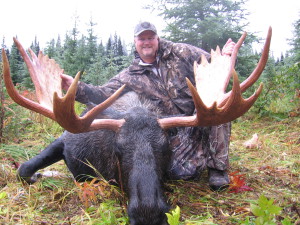 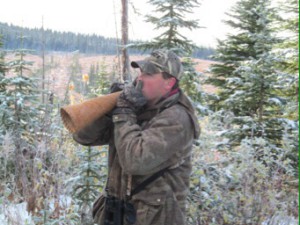 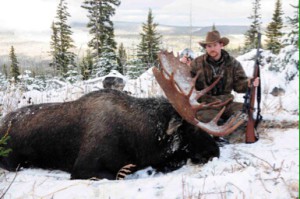 Our black bear hunts are often very successful. The area varies from verdant river valleys and farmland to more barren and exposed terrain and mountain ranges. Taken together, all of this means that we always have excellent hunting conditions. The hunt is ’spot and stalk’, but we can also arrange hunts with dogs for an additional fee.

The spring hunting season for black bears is between May 1 and June 15, as this is when their fur is in the best condition and the hunt is a 7 days hunt.

The 250,000km2 area has one of the largest moose populations in North America, and features hundreds of lakes, swamps and three large rivers – a perfect habitat for moose. Average bull sizes are between 40” and 50”. The hunt is 10 day.

Early season moose hunting takes place primarily in the vicinity of water, as the bulls graze on water plants during this period. We also hunt up towards the mountains. This hunt can be combined with the ones for black bear, wolf and deer.

Traditionally, the moose rut occurs at this time.

You then call the moose. This hunt can be combined with the ones for black bear, wolf and deer.

The late season is excellent as the ground is often covered in snow, making it easier to find and track the moose.

The moose generally feed on willow trees in felling areas, around lakes and in areas in which wildfires have occurred during this time.

This hunt can be combined with the ones for wolf and deer.

Flying into Prince George in British Columbia from here about 2 hours by car to the lodge.